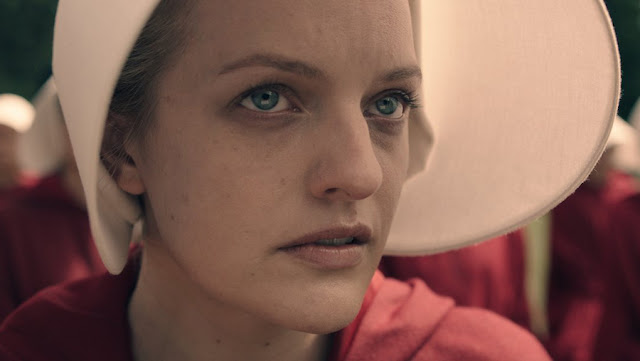 Hulu’s upcoming adaptation of Margaret Atwood’s speculative fiction classic, The Handmaid’s Tale, couldn’t be timed any better. Unless maybe it debuted late next week. We’ve seen a few stills, but today brings our first look at actual footage. Check out the first trailer below.

For those of you familiar with The Handmaid’s Tale, this short teaser trailer shows more or less what’s expected: grim, desolate, uncomfortably plausible given the current state and direction of the world.

Since publication in 1985, Atwood has repeatedly denied the science fiction label for The Handmaid’s Tale, stating that this fictional world was achieved by playing out present cultural trends to their logical conclusion, to a theocracy of paranoia, repression, and misinformation. And more and more each day, she may not be wrong.

Adapted from the classic novel by Margaret Atwood, The Handmaid’s Tale is the story of life in the dystopia of Gilead, a totalitarian society in what was formerly the United States. Facing environmental disasters and a plunging birthrate, Gilead is ruled by a twisted fundamentalism in its militarized ‘return to traditional values’. As one of the few remaining fertile women, Offred (Elisabeth Moss) is a Handmaid in the Commander’s household, one of the caste of women forced into sexual servitude as a last desperate attempt to repopulate the world. In this terrifying society, Offred must navigate between Commanders, their cruel Wives, domestic Marthas, and her fellow Handmaids – where anyone could be a spy for Gilead – all with one goal: to survive and find the daughter that was taken from her.

If nothing else, The Handmaid’s Tale is a fantastic story and Hulu put together a great cast with Elisabeth Moss (Top of the Lake), Alexis Bledel (Gilmore Girls), Max Minghella (The Mindy Project), Yvonne Strahovski (Chuck), Joseph Fiennes (Shakespeare in Love), Samira Wiley (Orange is the New Black), and more.

Reed Morano directs the first episode of The Handmaid’s Tale, which debuts on Hulu April 26.
Posted by Brent McKnight at 11:14 AM