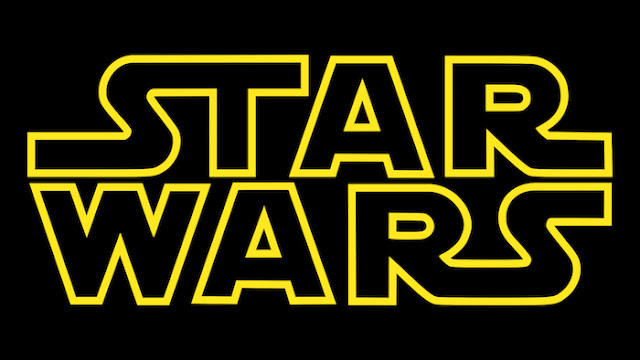 Looks like they’ve ditched the Episode moniker once and for all—not really surprising after last time. We still don’t know much of anything about the eighth Star Wars movie to tackle the family drama of the Skywalker clan, but now we know what to buy a ticket for later this year. And there’s a nifty new poster to boot.

StarWars.com unveiled the official title, which is, drumroll please: Star Wars: The Last Jedi. And they unleashed this poster, which is the Star Wars logo, with the words “The Last Jedi” added. Simple, to the point. The website also released this quick statement that, again, tells us nothing we don’t already know:

We have the greatest fans in this or any other galaxy. In appreciation of the fans, we wanted them to be the first to know the title of the next chapter in the Skywalker saga: STAR WARS: THE LAST JEDI.THE LAST JEDI is written and directed by Rian Johnson and produced by Kathleen Kennedy and Ram Bergman and executive produced by J.J. Abrams, Jason McGatlin, and Tom Karnowski.

Now’s the time we put on our investigative/speculative boots and squeeze this for any drop of potential information.

First, the color is different. Usually, this font appears in white or yellow. Red is an obvious change. Does it mean anything? If anything, it’s likely just an indication of the impending tone. After The Force Awakens, things are grim, Han Solo is dead, the First Order is all up in that far, far away galaxy’s business, Coruscant got smoked, Rey’s about to drag Luke off of that solitary rock he’s been hiding on, and so on. We’ve also heard comparisons to The Empire Strikes Back as far as tone and overall grimness. If this holds, red is an apt choice; it’s the color of blood, the color of the First Order, and it further drives home the fascist leanings and the fact that our heroes are in for tough times.

The title itself, The Last Jedi, is in keeping with the pulpy, serial-inspired names the saga is known for. The big question is, obviously, who is the last Jedi? The easy answer is probably Rey. Word on the street is that part of the plot revolves around Luke training her in the ways of the Force, much like Yoda did with him on Dagobah. If she’s the last Jedi, does that mean Luke dies? It’s a possibility. I can’t recall off the top of my head if Mark Hamill is already confirmed for Episode IX or not—I don’t pay as much attention to that stuff since it’s not my day job anymore.

The phrase, “the last Jedi,” is also something Supreme Leader Snoke says in reference to Luke Skywalker (he's also mentioned as such in the opening crawl to The Force Awakens). That’s appropriately dark and sinister, and if he’s dedicated to ridding the galaxy of Jedi, at some point he’s certainly going to encounter the last one. Again, this doesn’t say much about the actual plot mechanics, but it does fit with the expected tone.

Is Rey the last Jedi? Is Luke? Is is a mislead? I guess, Luke technically is the last Jedi right now, as Rey is currently someone gifted in the ways of the Force, but not a tried and true Jedi Knight.

To be honest, I don't really care who the title refers to, or even what it is. They could call it Star Wars: Episode VIII, Star Wars 8, Star Wars: The Last Jedi, or Star Wars 8: Revenge of the Ninja Star Danger Jock and I'm still going to watch it many, many times.

Basically, we still don’t actually know anything about Star Wars: The Last Jedi, aside from the fact that it’s called Star Wars: The Last Jedi. It hits theaters on December 15, and until then we’ll have to sate ourselves on Star Wars: The Force Awakens, Rogue One: A Star Wars Story, Star Wars Rebels, and the glut of ancillary material Lucasfilm is churning out. And of course the other six movies. That should keep us busy.
Posted by Brent McKnight at 9:15 AM