Liam Neeson Plays A Vengeful Snowplow Driver In His Next Movie 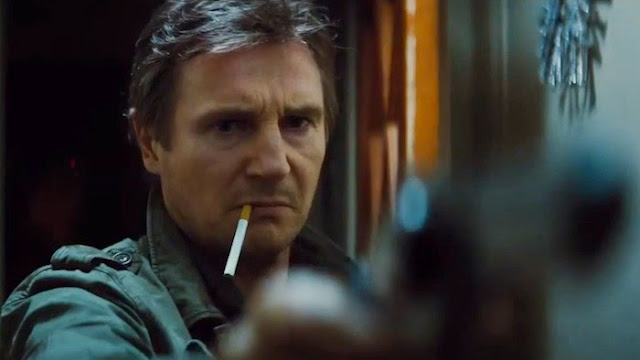 Yes, you read that headline right. It sounds like a joke, but no, it is not. Liam Neeson’s late-career action-star renaissance continues. He’s had his daughter taken in Taken, flew Non-Stop on an airplane, and even Run All Night. (He’s also going to ride a train and presumably commute in The Commuter.) Now he’s set to play a snowplow driver out for vengeance in…wait for it…it’s too good to let it out right away…Hard Powder.

I can’t stop laughing at that title. It’s so damn on-the-nose, hammer-home-the-point perfect. According to The Hollywood Reporter, Liam Neeson plays:

“Nels, an upright snowplow driver in a glitzy Colorado ski town whose life is turned upside down when his son is murdered by the powerful local drug kingpin. He then seeks to dismantle the cartel, but his vengeful crusade sparks a turf war between a Viking gangster and a Native American mafia boss.”

Okay, I can get down with Liam Neeson starting a revenge-fueled turf war.

If this premise sounds familiar, that’s because Hard Powder is also an adaptation of the Norwegian thriller In Order of Disappearance—Stellen Skarsgard played the original hero. Interestingly enough, director Hans Petter Moland will direct the new version as well. The original is solid, it’s just always weird when international filmmakers remake their own movies. Let's hope the update maintains the Coen-esque black humor that sets it apart.

I also sincerely hope the Viking gangster is still vegan in the new version, as he is in In Order of Disappearance (instead of a Viking and Native American, it’s a vegan crime lord and a Serbian mob boss). We so rarely get to be cinematic villains; it’s usually just annoying side characters in throwaway gags.

I’m amazed Neeson’s movies of this ilk haven’t been relegated to the direct to video market yet. I know he’s famous and an Academy Award nominee and all that, but he’s one of the few people who can make this style of low-to-mid-range actioner and actually see it released in theaters. Jason Statham is about the only other one. But most of these, Taken aside, haven’t been huge hits. Run All Night was profitable, but not a runaway success, taking in $70 million worldwide against a $50 million budget, and there are a number of others in the same realm.

Don’t get me wrong, I love it when this type of movie gets a theatrical run, it’s just surprising is all. DTV is where most of this style of action lives these days. But good on Liam Neeson for making it happen.

There’s no word on when Hard Powder will fall, but what the hell, I’m game.
Posted by Brent McKnight at 12:29 PM