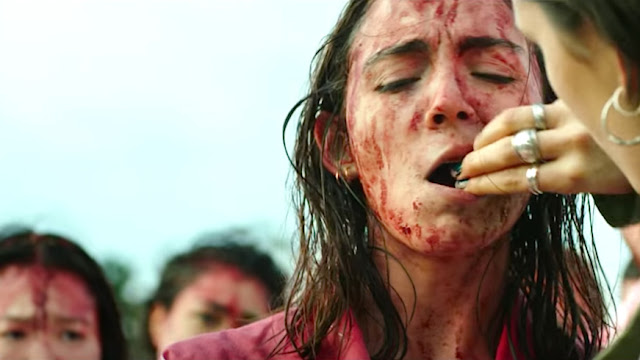 Happy Friday the 13th. Now this is a damn movie trailer. A French cannibal movie is always going to be on my radar, and it doesn’t hurt that Julia Ducournau’s Raw is supposed to be fantastic and reportedly made audience members faint at multiple festival stops. I still haven’t seen it yet, but as a U.S. release approaches, this new red band trailer gives us a taste, and I love the flavor (sorry, I couldn’t help myself). There’s also a green band trailer and poster.

This red band trailer for Raw definitely earns its distinction. Bloody, brutal, and weirdly hypnotic, it doesn’t reveal anything about the plot. What it does accomplish, however, is to set the mood and tone and let the world know we’re in for something we haven’t seen before.

Raw debuted at Cannes last spring, where it made waves for its more graphic scenes. It subsequently played well at the Toronto International Film Festival, where people required medical attention—a sign you’re on the right track—and the genre-heavy Fantastic Fest.

If the trailer doesn’t have enough meat, here’s the official synopsis:

Everyone in Justine’s family is a vet. And a vegetarian. At sixteen she’s a brilliant student starting out at veterinary school where she experiences a decadent, merciless and dangerously seductive world. Desperate to fit in, she strays from her family principles and eats RAW meat for the first time. Justine will soon face the terrible and unexpected consequences as her true self begins to emerge…

Yeah, it’s easy to imagine where this young woman’s life choices will ultimately lead. Cannibalism is the next logical step.

The green band trailer for Raw focuses more on the coming of age aspect of the story; on the young protagonist away at school and learning the ways of the world. It’s still suitably bloody and dreamy, and it's nice that the two versions are so different.

Raw stars Garance Marillier, Ella Rumpf, and Rabah Nait Oufella. It screens at Sundance later this month and hits theaters where the rest of us can see it on March 10. Take a look at the new poster below. 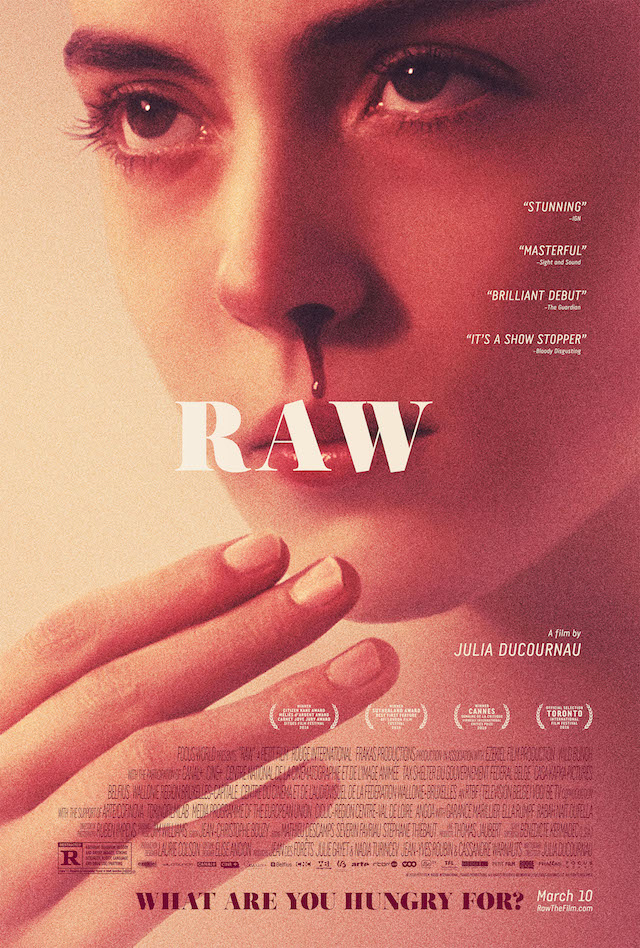