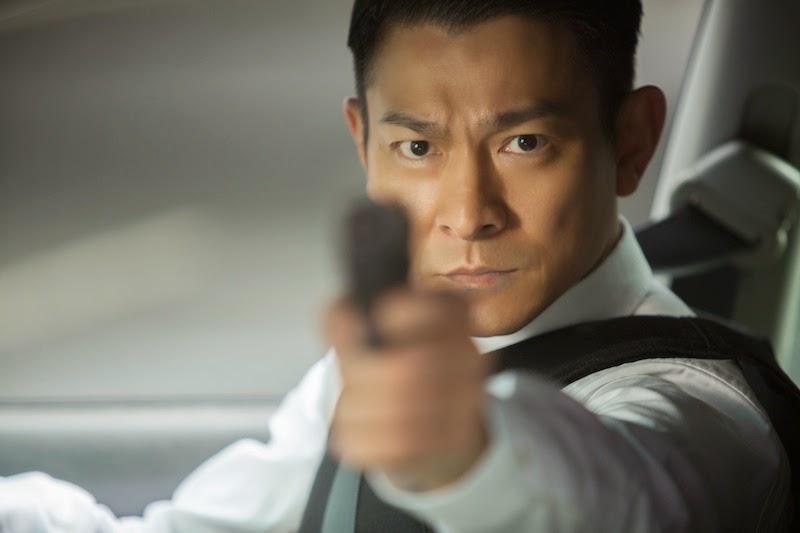 Not to be confused with the Howie Long firefighter joint of the same name, “Firestorm” marks a directorial effort from noted Hong Kong screenwriter Alan Yuen (“New Police Story”). The film doesn’t reinvent the genre or break any new ground, but if you’re in the mood for an insane, HK-style actioner, this will fit the bill just fine. In fact, Yuen takes all of the tropes and formulas you’ve come to know and cranks every last one of them up to a ludicrous degree, including the story and action. Seriously, the blanks and squib budget on this movie must have been absolutely nuts.

Hong Kong action movies tend to feature needlessly complex plots full of random asides and tangents, and “Firestorm” elevates that exponentially. The core story revolves around two childhood rivals: the straight-laced Police Inspector Lui (Andy Lau) and career small-time hood Bong (Ka Tung Lam). Haunted by the corpses of the innocent dead, Lui becomes obsessed with taking down the slippery criminal mastermind Cao (Jun Hu), while Bong, just out of prison, lies to his long time girlfriend about going straight when he has no intention of doing any such thing. This simple set up is besieged on all sides by a ridiculous number of digressions and complications. While predictable for fans of the subgenre, every twist and turn piles on another problem until the sheer weight of it practically crushes the film.

Lui’s best friend is a con who got out of prison the same time as Bong, and his daughter has some unspecified mental disorder that causes her to shriek randomly and uncontrollably. Bong’s girlfriend has an asthmatic younger brother who wants to make his way into the outlaw underground. There is a ton going on, and these are just two of the endless parade of this type of unnecessary thread. Asking yourself why any of this matters is a fool’s errand and will only drive you crazy, because none of it amounts to much of anything. 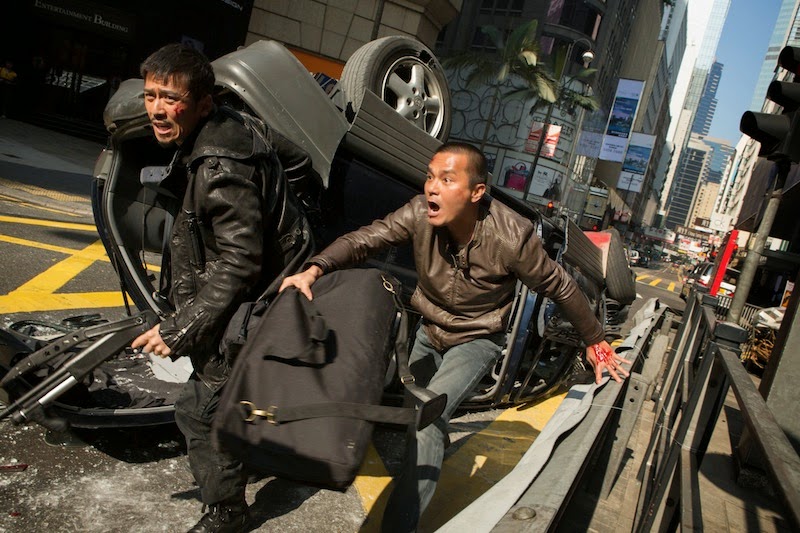 For the excessive number of plot points, there is actually very little characterization. In keeping with standard HK tradition, the film tries to draw the characters in shades of grey; not quite heroes, not quite villains. By taking every last element to the extreme, as the movie does, “Firestorm” goes too far until you have no one to root for and are left with no emotional investment. For the first two acts of the movie you have one person to cling to, who, while not perfect, is at least trying to do right. But in the end, Yuen gives you one reveal too many and turns the dial way past flawed-but-relatable all the way to full on scumbag and you lose any hope. After that, “Firestorm” becomes difficult to watch because no matter the outcome, it is hard to care which side will come out on top.

Being the sort of film that this is, the narrative obviously builds into a bullet-riddled climax, and this one makes “Heat” look like a muted period drama. The scene reaches for ludicrous feats and spectacles of carnage that even John Woo in his prime would never have envisioned. We are talking about wildly unloading a belt-fed fifty caliber machine gun in a highly populated retail area with zero regard for human life. It’s that kind of scenario, and it just keeps going and going and going, until you wonder if there’s anyone left in Hong Kong who hasn’t taken a slug or been blown up multiple times.

Yuen has a long history writing scripts, but this is one of his first features at the helm, and though it is solid and competent, you definitely notice that this is the work of a young director in the field. “Firestorm” is a good-looking film, and the action, both the hand-to-hand and gunplay varieties, are filmed well, even if they do rely too much on CGI. Full of crane shots, he moves and places the camera in unique, unusual ways, but there are times when you feel like Yuen, as both director and writer, could have used someone to rein him in. The film goes so far over the top—Yuen and company blow up what is essentially an entire city block, twice—that it sinks under the weight of the sheer insanity.

“Firestorm” is a movie for action buffs and those willing and able to look past a collection of flaws to see what the film does well. The story is convoluted and trips up the action from time to time, but it is also rather innocuous, and the characters are just types without a whole lot of depth or nuance. While you could ask for more, those two elements are fine, and primarily serve to get you from shootout to car chase to stairwell-based judo match to another shootout within a shootout. “Firestorm” is an eye full of action, but not much more. If that’s what you’re looking for, by all means, dive head first into this film.