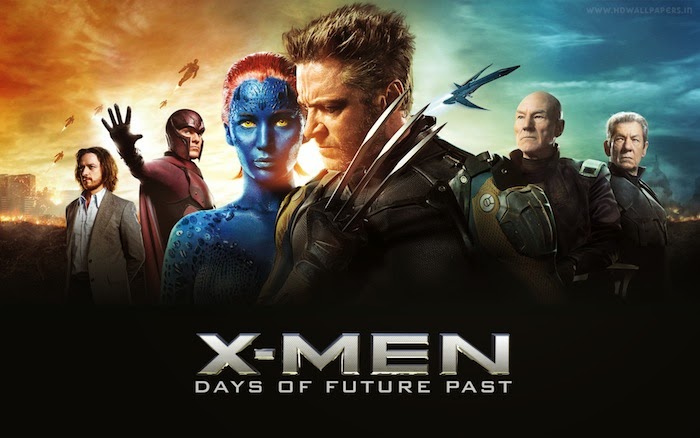 X-Men: Days of Future Past is a movie steeped in the history of everyone’s favorite squad of mutants. Not only does it tell one of the franchise’s most cherished narrative arcs, written by legendary comic scribe Chris Claremont in the early 1980s—though admittedly with some major changes to the plot—it also reunites the titular superheroes with director Bryan Singer for the first time in more than a decade. Fun, epic, and wide reaching, Days of Future Past is a solid follow up to First Class, but a number flaws keep it from being one of the best of the franchise.

In addition to the internal history of the X-Men, the plot also revolves around the literal past—this is where you roll your eyes and say duh. In a dystopian near future, giant robots called Sentinels hunt down and kill mutants, mutant sympathizers, and even any humans who may spawn mutant children down the line. All that’s left in charge is the absolute worst of humanity, and the remnants of the X-Men is all that stands in the way of total annihilation. They’re able to stay ahead of their pursuers, but barely, and at great cost. In a last ditch effort, Professor Charles Xavier (Patrick Stewart), Magneto (Ian McKellen), and the rest of the team send Logan (Hugh Jackman), AKA Wolverine, back in time to 1973. This is a key moment that first led to the development of the Sentinels, a moment where humans became so afraid of mutants that they were willing to take drastic measures they didn’t fully understand in order to combat the perceived menace.

Like multiple films in the series, this future features heavy imagery designed to bring to mind the Holocaust. From citizens being rounded up and put into camps to pits full of bodies, Days of Future Past illustrates humanity repeating its own mistakes. But that’s not where these themes end. X-Men has always been envisioned as a parallel of the civil rights movement, and the film’s main antagonist, Dr. Bolivar Trask (Game of Thrones’ Peter Dinklage), creator of the Sentinels, is a modern Mengele, performing horrific experiments on his unwilling mutant “patients.”

Days of Future Past wins points for giving you multiple eras of both Xavier and Magneto, played in their younger days by James McAvoy and Michael Fassbender, respectively. Though there’s not nearly enough Fassbender. When Logan arrives in the 70s, he finds the Professor wallowing in depression over everything and everyone he has lost, drinking himself to oblivion, and taking a serum that, while it allows him to walk again, pounds his powers down to the point of nonexistence. Can Logan help Charles move past his trauma, can the Professor and Magneto put their differences aside, and, most importantly, can the future even be changed? It’s entirely possible that these efforts nothing more than minor ripples that the current of time ultimately corrects.

This is a complicated plot, weaving together multiple timelines and numerous heavy themes. Though there are some mechanical hiccups that keep the plot from running totally smooth, most are generally minor and forgivable. It might take more doing to get past the glut of cheap looking archive-style footage, while the backgrounds look properly aged, the CGI mutant insert look as fake as they are. Visually, the movie is up and down. And in order to let everything slide, you might have to stop yourself from questioning some of the logic of the timeline.

For a movie that trades in history, that’s also its biggest misstep. The film, especially the future storyline, relies heavily on a preexisting awareness and familiarity with the source material that not a lot of people are going to have. Fans of the comics should be okay, but if you only know the movies or are going in cold, you’re going toe be left in the lurch. From the very first scene there are a ton of characters that you haven’t met before, and, given the chaotic nature of events in this era, they’re never introduced. You might catch their names thrown around during the skirmish with the Sentinels, but then again, you might not, it’s loud and there’s action everywhere.  Days of Future Past banks on these characters fighting, even dying, to elicit an emotional response, but while comic readers will feel a pang when a familiar face goes down, there’s not much connection for the rest of the audience. Some of these moments will be legitimately shocking for fans, but lack the requisite emotional weight for just about everyone else.

The mythology piles thick in Days of Future Past, Simon Kinberg’s script is light on character motivation, especially Trask, and much of the film feels like its primary concern is to set up bigger things in the future. It would be nice, for once, to get a movie that is satisfied with being a good movie before being a stepladder to something beyond. But, for all of these flaws, Days of Future Past is a suitably good time, especially for fans of the X-Men franchises, both comic book and movie.