'Midsommar' Trailer: What Could Possibly Go Wrong In Such A Brightly Lit Horror Movie? 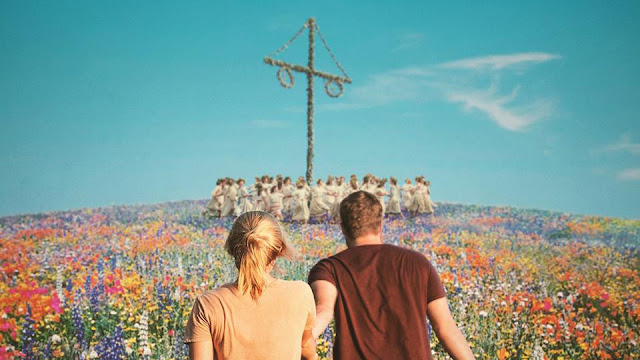 Well, Ari Aster’s Midsommar continues to be one of my most-anticipated movies of 2018. This new trailer doesn’t change much on that front, but it goes get me pretty damn hyped, so there’s that. Check it out below, along with a new poster for the Hereditary helmer’s sophomore feature.

Yeah, a weird Swedish festival that turns out to be a front for something much older and much darker; what appear to be hallucinogens; escalating interpersonal strife; this Midsommar trailer has it all. This is usually the type of thing that unfolds in the darkness, so there’s something super unsettling about how it takes place out in the open, brightly lit by the sun the whole time.

What this trailer does give us is more of an idea of the characters than the previous one. We see that the relationship between the Florence Pugh and Jack Reynor is strained and decaying. Her mental state doesn’t appear to be all that fantastic as she deals with some vague trauma—we know Aster isn’t one to shy away from heaping on that sort of damage, and I’m willing to bet it has something to do with why she gets invited in the first place.
[Read More: 'Midsommar' Trailer: 'Hereditary' Director Returns With A Creepy New Folk Horror]

Dani (Florence Pugh) and Christian (Jack Reynor) are a young American couple with a relationship on the brink of falling apart. But after a family tragedy keeps them together, a grieving Dani invites herself to join Christian and his friends on a trip to a once-in-a-lifetime midsummer festival in a remote Swedish village. What begins as a carefree summer holiday in a land of eternal sunlight takes a sinister turn when the insular villagers invite their guests to partake in festivities that render the pastoral paradise increasingly unnerving and viscerally disturbing. From the visionary mind of Ari Aster comes a dread-soaked cinematic fairytale where a world of darkness unfolds in broad daylight.

In addition to Pugh and Reynor, Midsommar also stars William Jackson Harper, Will Poulter, Vilhelm Blomgran, Archie Madewke, and Ellora Torchia. A24 kicks off the festivities on July 3. 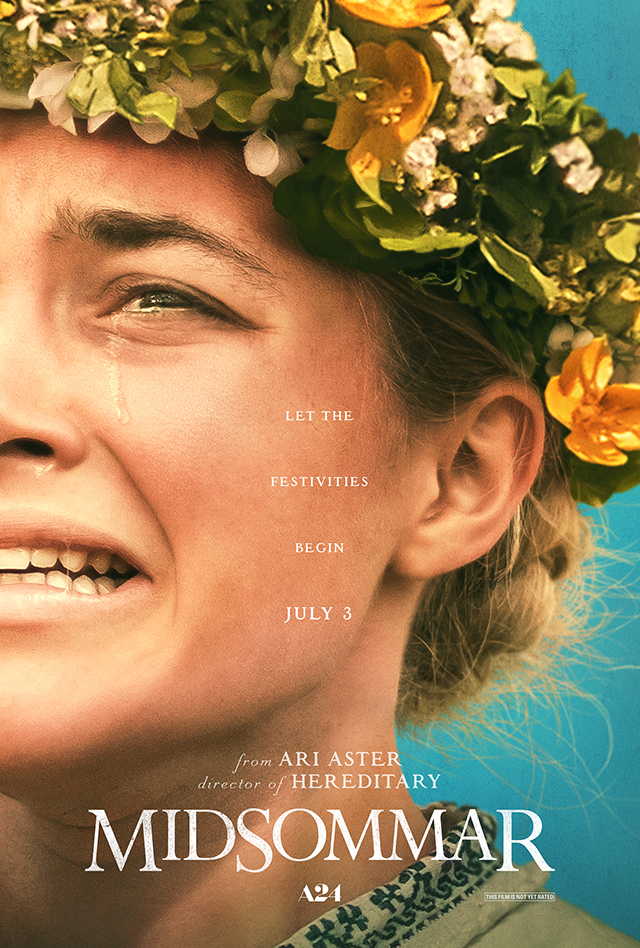 Posted by Brent McKnight at 7:29 AM