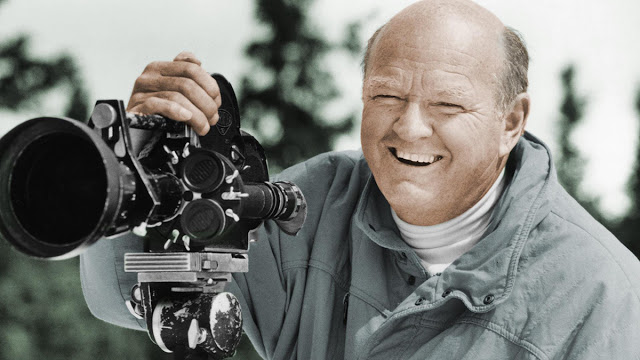 I grew up watching Warren Miller movies. I spent the summer months wearing out VHS copies of skiing movies like Extreme Winter, Beyond the Edge, and Steep and Deep, praying for snow as I watched neon-clad (it was the 1980s) winter sports enthusiasts huck themselves off cliffs and gracefully carve mountain pitches you’d think twice about walking down, all narrated by his wry, soothing monotone.

For decades, Miller movies were yearly occurrences, playing one-night-only roadshow engagements that if you missed, you were SOL. If you were a skier—it’s the only thing I’ve ever been really, really good at, though my knees don’t work right any more for largely that reason—of a certain generation, you wiled away hours with these movies, planned epic trips to the exotic alpine locations they featured, and took to heart the warm advice, “If you don’t do it this year, you’ll only be one year older when you do.” 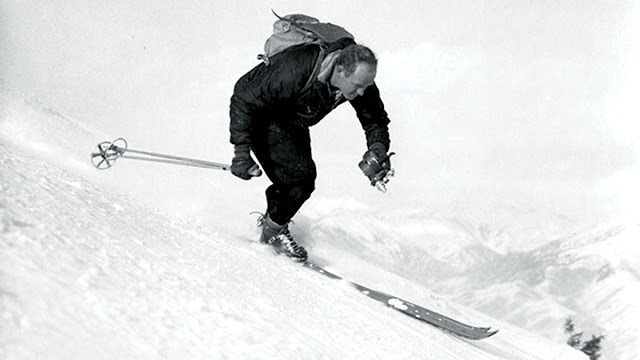 Miller passed away in early 2018 at the age of 93. Shortly before his death, filmmaker Patrick Creadon sat down with the man himself for an extensive final interview. The result of that forms the backbone of his Creadon’s new documentary, Ski Bum: The Warren Miller Story, and the film delivers precisely what the title promises.

Ski Bum chronicles Miller’s entire life, from his childhood to living in a trailer in the parking lot of Sun Valley to his final days. We see what shaped him, track his ups and downs, and witness his loves and losses, both in his own words and through those of a collection of friends and family members. The talking heads include his children, his wife, acquaintances from throughout his years, and a who’s who of skiers I grew up idolizing—John and Dan Egan, Scot Schmidt, Greg Stump Kristen Ulmer, Jonny Mosely, and many more. 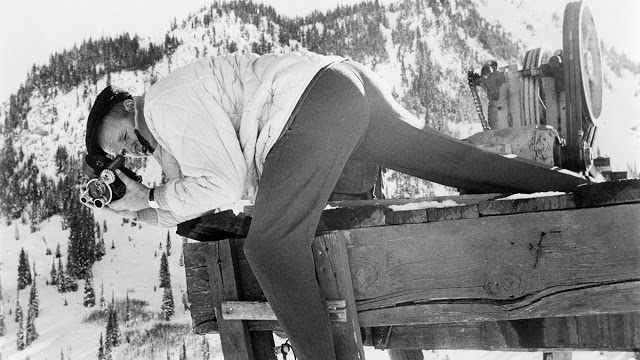 As a documentary, Ski Bum is standard stuff. We get interviews, archival footage, photographs, and clips from Miller’s filmography. It’s extensive and exhaustive and well-done, but as a formal endeavor, it’s a chronological account of one person’s life. In this way, it’s likely of most interest for extant fans of Miller and his output. He’s engaging for sure, and certainly influential on those who followed, but structurally and artistically, this is a by-the-numbers affair and watches like something you’d stumble across on cable—that’s not meant as a slight, I still enjoyed it a great deal, but the film does feel familiar.

That said, Miller is an interesting enough figure that Ski Bum should still hook non-fans or those without an existing pre-interest. Where Creadon and company are most successful, is in capturing a sense of the man who became a niche icon, and the magic and energy he exuded. At his core, he was driven, propelled by a sense of adventure and a search for freedom on the ski slopes, to the point where it repeatedly damaged his home and family lives. 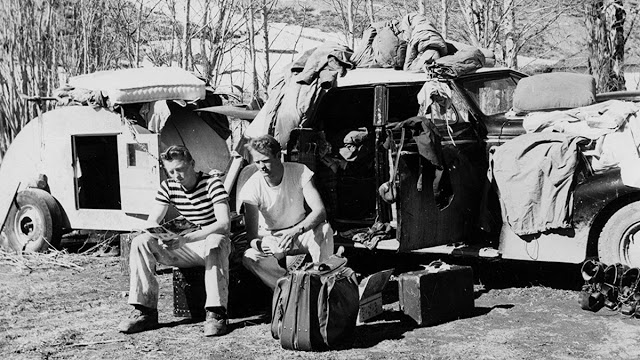 For many, including myself, that’s why his movies resonated and still resonate—I don’t ski anymore, but his voice is enough to give me a charge and make me want to drop everything and embark on an epic adventure. They’re full of funny stories, droll humor, warm heart, and, most importantly, incredible skiing. But they also overflow with subtle philosophical and existential musings and inspiration to live life on your own terms. As a kid, all I wanted in the world was to live in a van in a ski resort parking lot, ride all day with my buddies, and live my life.

Ski Bum captures that appeal, the thrill of existing close to the edge because you pursue your passions—skiing, filmmaking, or otherwise, it applies across the board. But it also illustrates how it cuts both ways. In most regards, Miller lead a charmed life, but even then, it wasn’t without a significant price. 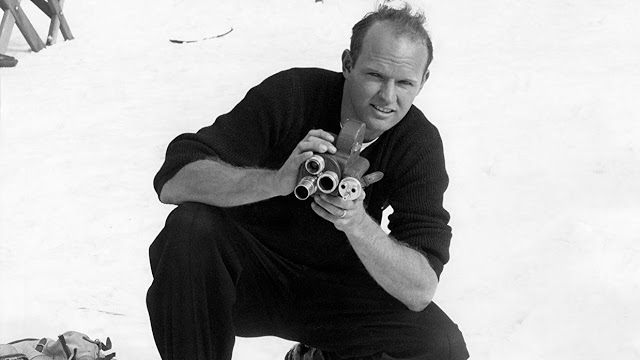 A bit bittersweet considering he died shortly after this interview (also, a key interviewer later in the story, Mark “Monk” Hubbard, who help Miller create the renowned Orcas Island Skate Park, passed away last summer), Ski Bum: The Warren Miller Story is a celebration. Perhaps too reverent at times, and primarily of interest to a specific niche audience, this memorial of the man, his films, freedom, and excitement, should give Miller fans the warm and fuzzies and make them want to head to the mountains and the next great voyage. And remember, “Don’t take life too seriously, because you can’t come out of it alive.”

This is a reprint of our review from the 2019 Slamdance Film Festival.