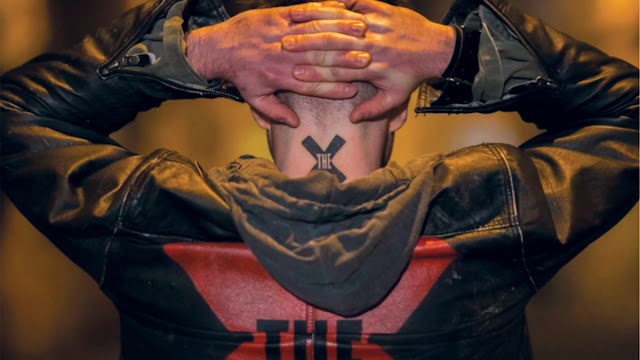 Beginning with slow motion aerial shots of an upside down Hungarian cityscape, intercut with startling images of horrific violence and civil unrest, scored with ominous organs and a child choir, X – The eXploited immediately creates a dreamy, ethereal, disorienting sensation. On top of all of this, voice over sets that stage for investigating apparent suicides and accidental deaths that may actually be foul play. Nothing is what it initially appears.

From this origin, director Karoly Ujj-Meszaros crafts a taut, chilly, noir-inspired thriller. The film touches on the twin tides of political upheaval and creeping fascism, delves into dark corners of Hungary’s Communist past, and presents a protagonist coping with trauma that may be more connected to the surrounding events than she realizes. 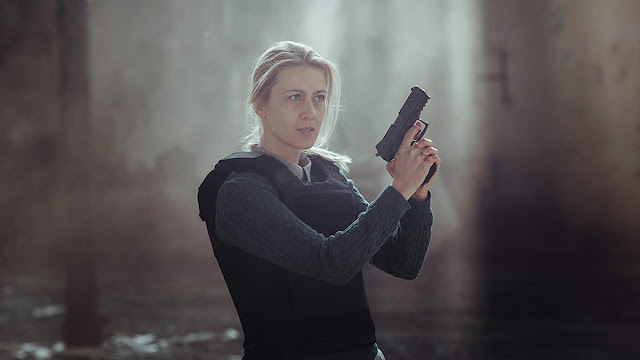 Once a great investigator, Eva Batiz (Monika Balsai) now suffers from a panic disorder. She can no longer visit crime scenes and relies on photos to uncover details other investigators miss. Chained to a desk, tucked away and forgotten, she faces scorn and disdain from her colleagues. But when a fellow detective pushes her back into the game to examine a series of mysterious deaths, they uncover much more and dig much deeper than they expect.

Starting with a punk rock edge that’s sure to call to mind V for Vendetta, X offers a shifting crime story that starts off in one direction, only to veer drastically another way. Eva contends with rampant bureaucracy—of course the suits only care about numbers—her own crumbling sanity and personal life, and a sprawling case no one but her wants to touch. 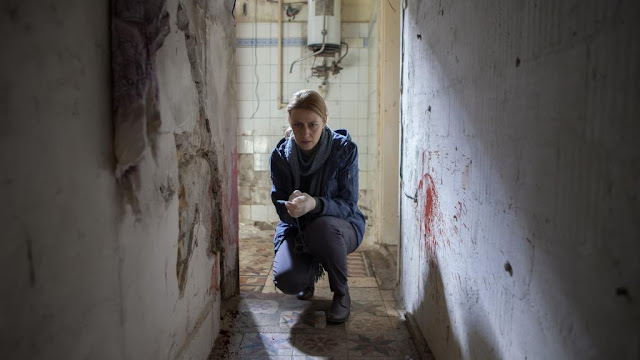 Gorgeously photographed, often in unexpected ways and from unusual perspectives, along with excellent sound design and composition, X nicely pairs this creeping case, Eva’s mental state, gender bias, and the socio-political environment. Each element balances and plays off the others. Balsai gives a strong performance, presenting Eva as meek, harried, and damaged as well as sharp and astute—she knows she’s right, but how to make others see what she sees?

A few extraneous plot threads add a bit of bloat to the film. There’s a momentary romantic subplot that essentially only lasts for one scene and brings little to the table, not accomplishing what it sets out to accomplish. Though it forms an integral late-in-the-game piece of the puzzle, Eva’s strained relationship with her troubled daughter never develops into anything impactful or meaningful. These feel like side-stories that a TV series could get into, but a single movie lacks the space to flesh them out.

Even with a couple of hiccups and rough spots, and a just-too-long runtime,  X – The eXploited is a slick, tight thriller full or red herrings, macguffins, and misdirects. It’s eerie, pensive noir trappings might leave some viewers cold, but while it never deviates far from the police procedural template, it has enough style and insight to warrant a look.