'Once Upon A Time In Hollywood' Trailer: Now With More Charles Manson And Neil Diamond 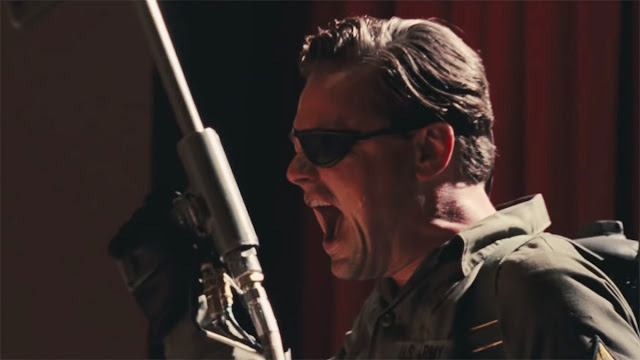 I know, I know, you’re super excited about that new Downton Abbey trailer that dropped today, I am, too. We’ll get there, I promise. But first, let’s take a detour and check out the new trailer for Quentin Tarantino’s Once Upon a Time in Hollywood. Take a look after the jump.

My chief complaint about the previous trailer was, obviously, the lack of Neil Diamond, a fact that the Django Unchained director rectified this time out. Glad he took the time to read my letters. I also appreciate the Nazi burning, that’s a nice touch I can always get down with.

This Once Upon a Time in Hollywood trailer is full of that trademark Tarantino swagger, his sharp dialogue, meticulous staging and camera work, and all his other hallmarks. We also get a full dose of the Tate—Labianca murder side of the story, with Margot Robbie’s Sharon Tate and even a few glimpses of Damon Harriman’s Charles Manson himself.

[Read More: 'Once Upon a Time in Hollywood' Trailer: Quentin Tarantino's Latest Has Cool Cats Being Cool]

I know I’m not the only one curious how much that actually factors into the movie, but it looks like it plays a fairly major role. We see Tate and Roman Polanski, Manson, Dakota Fanning’s Squeaky Fromme, and it also appears Brad Pitt’s stuntman, Cliff Booth, spends time with the Family in some capacity. Then again, this is a trailer and all of that might be from the first ten minutes just to set the mood and provide context. Who knows? We’ll find out this summer.

And because this is a Quentin Tarantino movie, the cast is bonkers. Beyond those mentioned, it stars Leonardo DiCaprio, Al Pacino, Timothy Olyphant, Luke Perry, Margaret Qualley, Damien Lewis, Zoe Bell, Scoot McNairy, Kurt Russell, Bruce Dern…you know what, I’m not even going to try to list them all. Just assume, if there’s a famous person, they probably appear in this damn movie.

Once Upon a Time in Hollywood debuts at Cannes and opens July 26 after moving from the ill-advised original date, which just so happened to coincide with the anniversary of the Manson murders.