'Doctor Who: The Eleventh Doctor' #4 Adds Much Needed Weight And Substance 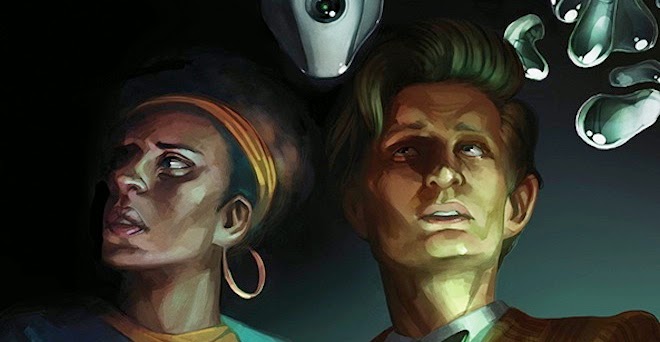 It took a couple of issues to really find a groove, but Titan Comics’ Doctor Who: The Eleventh Doctor has found a nice groove over the two installments of the continuing adventures of Matt Smith’s incarnation of the venerable Time Lord and his new companion, former library assistant Alice Obiefune. Each new book still functions very much like a standalone episode, but in issue #4, writer Al Ewing has struck a solid balance between that and the larger narrative arc that gives these tales a more substantial texture.

So the Doctor and Alice are twirling through space and time, future past Bowie-esque rock god Jones in tow, and their latest adventure lands them smack in the middle of an interstellar murder mystery. Well, sort of, things are never that clean and easy when the Doctor and his friends get involved, now are they? The trio winds up on a military research facility where some unknown force, forces, or person, has been targeting members of the team, leaving them in a coma like state and wiping their minds clean. Our heroes, of course, have to figure out what’s really going on, track suspects, and get into sticky situations, one involving the toilet.

While that’s the surface story that allows Smith’s Doctor to bounce around like a manic animated character—this version is especially suited to the bright and festive pages of a comic book—there’s much more going on than meets the eye. Alice’s personal journey adds some much needed weight and substance, providing weight to the wackiness. It can’t be all shenanigans all the time, that would get old, and frankly, that’s where this run looked to be going for the first few episodes, so it’s nice to see it turn a corner. 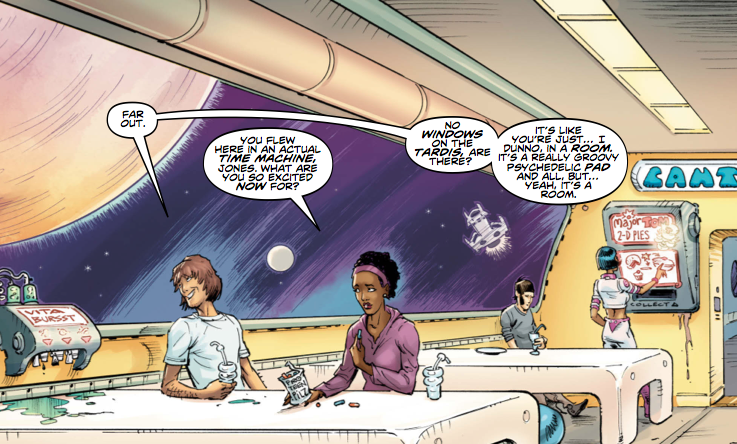 She butts heads with the Doctor over wanting to go home. Back there she has appointments and responsibilities to attend to and isn’t interested in being another one of the Doctor’s pets or strays. When I say they butt heads, it really means that she says she needs to go, while he flits away, not really listening to a word she says. It’s maddening to read, you understand her frustration, and the further it goes, the more you start to deconstruct the true nature of the companions and their relationship with the man from Gallifrey. And it may not be entirely healthy.

Unlike many of the wayward travellers who have graced the TARDIS in the past, Alice has no interest in running from her problems, and flashbacks to her mother teaching her to stand her ground and fight—even digging into ideas like institutionalized racism in schools—drive this home, as well as deliver a nice emotional beat. By extension, the implication is that it’s really the Doctor who is the one fleeing his past, and that he always has been. We saw last time how troubled he was by coming face to face with the thing he desires most in all the universe.

Leaping back in time, the crew encounters a younger version of Angus Hart, who they first encountered on Rokhandi sometime earlier while they were in the future. Having not experienced that moment in time yet, he doesn’t know who they are. This opportunity does, however, give a glimpse into the origins of the SERVEYOUinc Corporation, which has been giving them troubling headaches for the past few issues now.

This installment of The Eleventh Doctor works best when the actual Doctor is off doing other things. He just bounds around, poking his nose in here and there, and it is the time with Alice that offers you the most sustenance out of the other elements in these pages. That’s great, because the constant candy colored fluttering through time had started to wear thin, but this is a turn in the right direction, one that will keep you coming back to this title, at least for the time being. 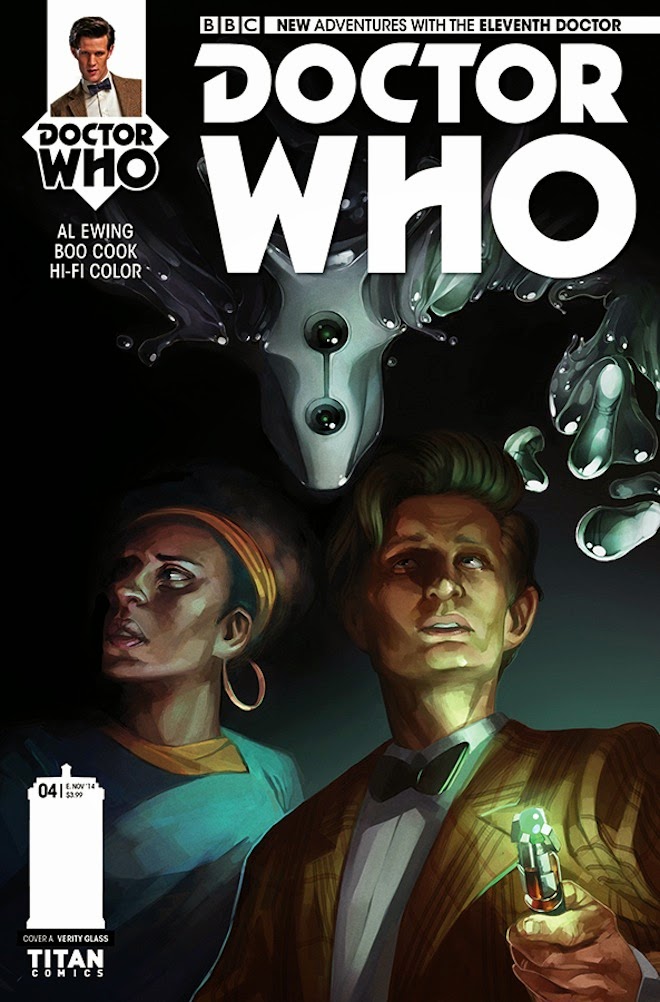