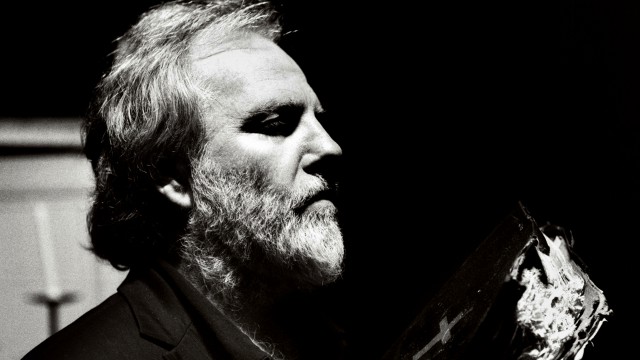 Guy Maddin makes unusual movies. That's why he has, for the vast majority of his 30-year career, remained a definitively singular filmmaker. His body of work is certainly not for everybody, but he has his style, distinctive aesthetic, and there aren't many movies like his to be found.

Whether or not you think that's a good thing is a matter of perspective. Yves Montmayeur’s documentary, The 1000 Eyes of Dr. Maddin, which makes its U.S. premiere at the Seattle International Film Festival, attempts to dig into the iconoclastic filmmaker, explore his influences and origins, chart his career, and generally offer some insight into a divisive, ultra-niche auteur.

The problem is there’s not much that will be all that interesting outside of the most die hard Maddin devotees. After watching this, not many of you will likely to tear out to find a copy of The Saddest Music in the World or Dracula: Pages from a Virgin’s Diary. Clocking in at a shade over an hour, 1000 Eyes is roughly as substantial as an episode of Dateline—there are intriguing bits to be sure, but this never goes beyond being a mere profile.

Maddin himself is a charming, self-deprecating subject, regardless of how you feel about his body of work—I have a spotty relationship with it myself, but 1000 Eyes never gives him his due. You get a bare bones sketch of the Canadian director as an artist, beginning with his childhood. It’s intriguing to note that he didn’t start making movies until his 30s, never having gone to film school, after working in banks and painting houses. But there’s rarely, if ever, any deeper examination. 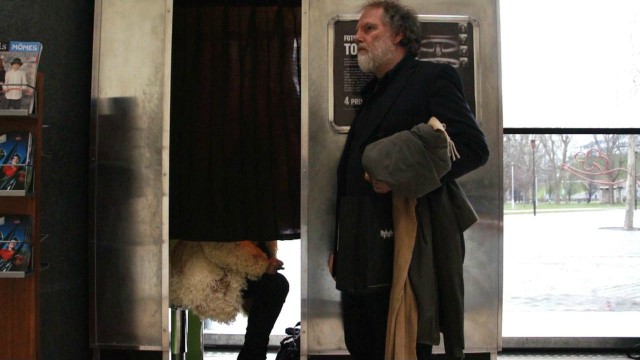 The 1000 Eyes of Dr. Maddin is most engaging early on, when Maddin talks about how his films are attempts channel the spirits of lost movies that never got made, hence his habitual use of silent movie tropes, black and white, and other prominent visual choices. Or when he explains how his dialogue, which is often accused of being staid and stilted, is the product of sitting in his mother’s beauty salon as a child. There he spent hours listening to the heavily Icelandic clientele, a population who prided themselves on their proper diction and eloquent elocution, as speaking every last letter and enunciating each bit of punctuation, much like his characters. Discussing an illness where he suffered neurological damage that left him with the sensation of being lightly touched all over his body many times a minute, he reveals that he used this phantom caress to guide his camera placement, as he says, like a Ouija board.

While snippets and segments like these border on fascinating, the body of the film around it fails to prop them up. Maddin proudly carries the banner of Kenneth Anger—who actually appears to discuss his compatriot—as well as other readily apparent influences from Melies to Bunuel to the German Expressionists like Fritz Lang, who are all name dropped throughout. But again, little is made of these reference points.

Comprised of behind the scenes and archival footage, intercut with a few talking heads like frequent collaborator Udo Kier—which is, admittedly, awesome—The 1000 Eyes of Dr. Maddin has no real arc or stakes or obstacles. Though he has an unusual, specific vision, Maddin isn’t waging war against the studios or the mainstream; he’s just a dude making the movies he wants to make, how he wants to make them. There’s a sense that there’s more going on, that more complex factors drive him—as Maddin says, he’s happy to be a filmmaker who has never cut or kept a single frame at the command of anyone else—but there’s never any more examination or insight offered than surface facts.

While his is an admirable approach, an interesting subject doesn’t automatically make for an interesting documentary. And it’s a shame, because there are a ton of mesmerizing people involved in this. In addition to Guy Maddin, Udo Kier, and Kenneth Anger—regardless of whether or not you’re a fan, I want to hear what those three have to say—there are interviews with John Waters, Isabella Rossellini, and the Quay Brothers. These are some of the most intriguing, interesting filmmakers and personalities in the world, to not make use of them is practically a crime.

Finally, however, The 1000 Eyes of Dr. Maddin is a shallow portrait of the director, and a missed opportunity to deliver something truly unique and engaging. For a film about an artist who does exclusively curious, experimental formal things, there is nothing curious or experimental going on here. [Grade: C-]