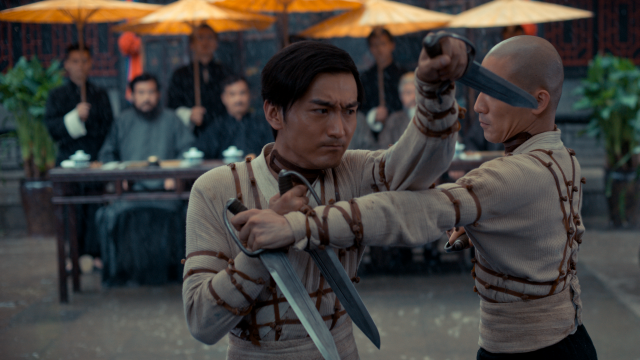 Xu Haofeng’s The Final Master, making its North American debut at the Seattle International Film Festival, is a throwback to classic wuxia films in every sense. A story fraught with ambition, loyalty, and betrayal, it wears the scope and aesthetic texture of its predecessors. Set in China of the 1930s, there are familiar themes of old versus new, changing times and tides, increasing western encroachment, and impending war.

This is both a boon and a hindrance. Fans of martial arts films will find much to laud, as The Final Master ticks off the relevant boxes. While it hits all of the marks, however, it does little to distinguish itself. An admirable facsimile in its own right, it’s easy to wonder why watch this as opposed to countless other earlier films.

Wing Chun master Chen Shi (Liao Fan, Black Coal, Thin Ice) comes to the city of Tianjin in the days before World War II in order to fulfill his dead master’s dreams of bringing this fighting style to the Chinese north by establishing his own dojo. To accomplish this, he must train a protégé, Geng Liang Chen (Song Yang, Judge Archer), to defeat eight other schools.

If you’re familiar with wuxia at all, you know this plot backwards and forwards. Not only it is thin and not particularly original, it’s quite similar to Xu’s The Sword Identity (which also features Song Yang) and Wong Kar-wai’s The Grandmaster, which Xu wrote. In short, he’s not blazing any new trails here. 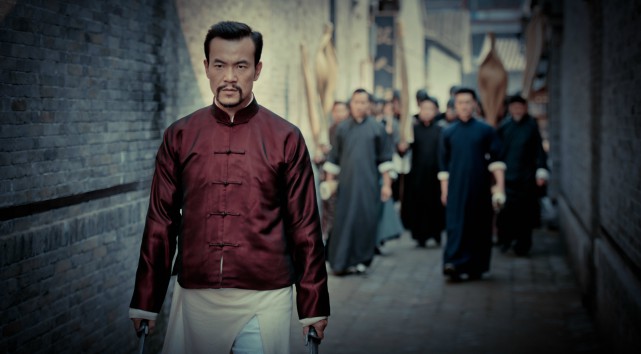 Within this familiar framework, The Final Master, while passably enjoyable, does little to stand apart from a herd of better, earlier films. The twisted mash of shifting allegiances, backstabbing, and rival schools becomes a tangle of solidly choreographed, though hardly noteworthy, fight scenes; heavy-handed allegory; and flavorless performances that don’t do the stiff, wooden dialogue any favors. The impression is given that these stoic exteriors are intended to mask more inner depth, but that rarely, if ever, shines through—Shi’s humanity may be a bit too well concealed beneath his cryptic exterior.

Xu attempts to give the story more heft, with moderate results. Chen Shi’s marriage of convenience to Zhao Guohui (Song Jia, Once Upon a Time in Tibet) has the makings of a complex, unique romance. Though this is ultimately unexplored as The Final Master pushes it to the side in favor of typical fight scenes—even a tightly contained sequence where Chen Shi fights his way through a line of fellow masters in a narrow alley is standard fare—and a plot so overfull it’s difficult to tell what exactly is going on. The most interesting, engaging threads are eschewed for standard genre trappings, and any momentum built up dissipates—there are simply too many stories going on for any one to take precedence.

The same can be said of Chen Shi’s backstory, which involves learning martial arts after his wealthy family has their lands seized. This could have been an opportunity to link to some of the inherent historical aspects of the time and place, but The Final Master settles for minor hints and innuendo. Or even Jiang Wenli’s (Farewell My Concubine) Master Zou, the androgynous leader of a rival school, who wields authority in the world of Tianjin’s dojos, could have been much more. Potentially intriguing themes and ideas appear from time to time, only to be sidestepped for more common and recognizable, thus more tedious, elements.

The strength of The Final Master is the look. Cinematographer Wang Tianlin shoots the period setting with a keen, inventive eye, and creates a lush color palate. With the near-grainy consistency of the images, this could have sprung from the Shaw Brothers studios in the 1970s, which adds to the throwback sensibility, despite the uninspired fight scenes. On the other hand, An Wei’s score feels incongruous with the surrounding film and the era. More analogous with the driving, and period appropriate, funk of Enter the Dragon, it’s a disconcerting, disingenuous component.

Though The Final Master has some quirks and peculiarities—a noticeable lack of gender imbalance, chief among these—there is, ultimately, never enough to make it truly stand out. Xu Haofeng’s latest has on obvious affinity for the martial arts films that inspired it, and has an authentic period wuxia feel, but never steps beyond those boundaries. [Grade: B-]

Posted by Brent McKnight at 9:40 AM