'The Purge: Election Year' Trailer Is Patriotic And Nuts 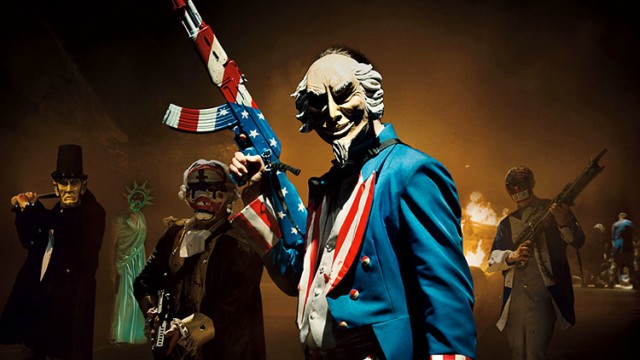 While I wasn’t a huge fan of The Purge, it was a promising idea—a dystopian alternate reality where one night a year all crime is legal, because apparently all we need it to get our ya-ya’s out for one night and there won’t be any the rest of the year. Or something.

As the first was hugely profitable—produced for $3 million it made $89 million—it received a quick follow up to capitalize on that success, and though I was initially skeptical, The Purge: Anarchy was a grim, gritty, exploitation-style actioner the likes we don’t see much anymore. And I totally loved it, like I discovered nasty, long-lost thriller from a bygone era.

As that film was also profitable—again, produced on the cheap and with a good enough box office haul—we’re getting a new chapter, The Purge: Election Year. The first film was a self-contained home invasion style horror flick, the second opened up the world exponentially, and from what we see in the latest trailer, Election Year shifts the focus again, but also ratchets up the insanity. Take a look.

See, I told you this looked nuts. They’re taking the weird mask imagery and running with it. Like so many of its predecessors, Election Year may be a brutal thriller, but it also has an obvious subversive political angle. I can’t imagine it will be particularly subtle—though 2016 isn’t exactly the subtlest presidential campaign we’ve ever experienced—but it just makes The Purge even more like the movies it emulates.

Like the previous installments, The Purge: Election Year also has a surprisingly strong cast. Frank Grillo is back, and that right there is enough to get me to watch—he’s set himself up as the only guy truly carrying the banner for the grizzled, Charles Bronson-esque movie tough guy, and I’m all in. Elizabeth Mitchell joins up as a senator campaigning to end the Purge (how dare she), which makes her the target of an assassination attempt. Raymond J. Barry and Mykelti Williamson also show up for what is a kind of mini-Justified reunion.

Here’s a synopsis for The Purge: Election Year:

It’s been two years since Leo Barnes (Frank Grillo) stopped himself from a regrettable act of revenge on Purge Night. Now serving as head of security for Senator Charlie Roan (Elizabeth Mitchell), his mission is to protect her in a run for president and survive the annual ritual that targets the poor and innocent. But when a betrayal forces them onto the streets of D.C. on the one night when no help is available, they must stay alive until dawn…or both be sacrificed for their sins against the state.

This could either be over-the-edge bonkers exploitation, or complete and utter dog shit. Either way, I’m totally down. 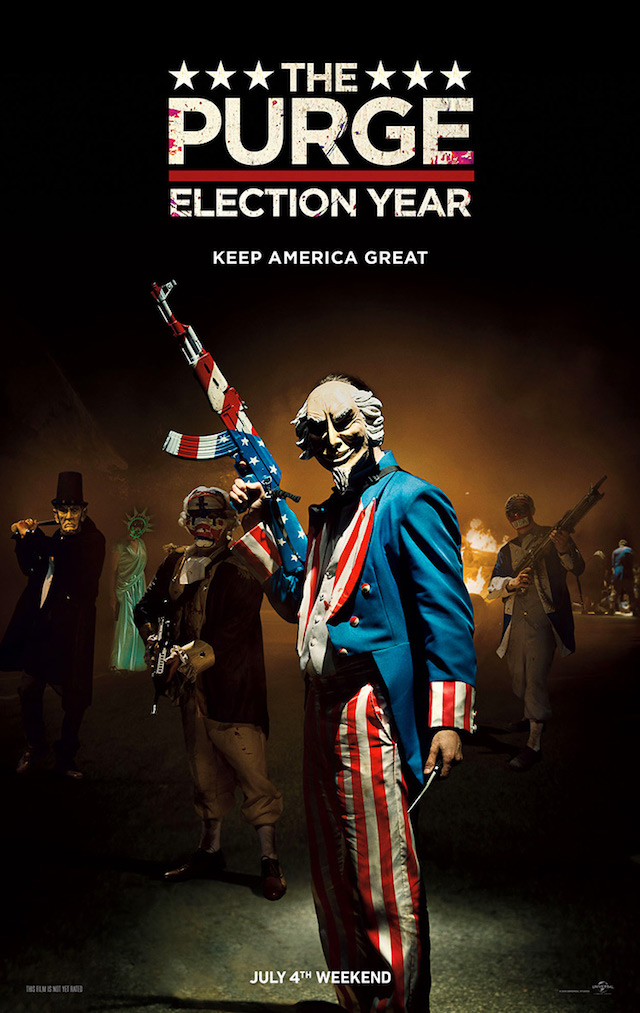