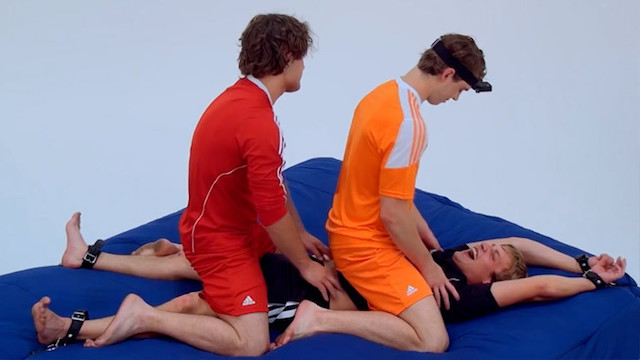 A documentary about a sport called Competitive Endurance Tickling has to be a hoot, right? David Farrier and Dylan Reeve’s Tickled is certainly hilarious, but as the tagline states, “It’s not what you think.”

After stumbling upon what looks like a light, silly topic, when two New Zealand-based journalists dig into this fringe sport and subculture, they discover a darker, twisted reality. The result is a film that plays like a paranoid conspiracy thriller as the filmmakers face lawsuits, harassment and threats from shady corporations, rampant homophobia and bullying, and uncover far more than they bargained for. At times Tickled feels a bit too perfect, but it’s a bizarre, compelling true story you have to watch unfold. [Grade: B+]

Magnolia gives Tickled a limited theatrical release on June 17, and it will be on HBO shortly after that. So even if you don’t see it at the Seattle International Film Festival, you’ll have your chances to check it out.

Posted by Brent McKnight at 1:49 PM