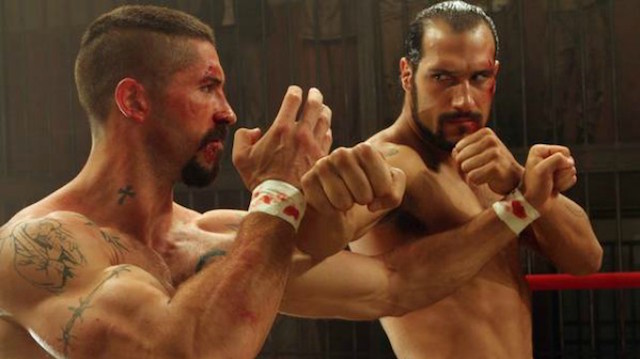 If you haven’t had any good news yet today (that Michael B. Jordan/Black Panther news is pretty sweet), don’t worry, I have some for you. Two of the baddest dudes currently working in movies, ScottAdkins and Marko Zaror, are getting back together for a movie called Savage Dog. There’s not actually much more to tell, but god damn, isn’t that enough for you?

As the devotee of the cinema of ass-kicking that I know you are, you are well aware that this marks the second time Scott Adkins and Marko Zaror have teamed up. The first was way back when in 2010’s Undisputed 3, though the two have managed to stay busy pummeling goons in the likes of Ninja 2: Shadow of a Tear (Adkins) and Redeemer (Zaror, the photo at the top of this website just so happens to currently be a still from that bit of badassery).

According to Twitch, Savage Dog is at the Cannes Film Festival drumming up sales, and will reportedly shoot this June under the watchful eye of Jesse V. Johnson. Though he has a handful of low-budget actioners under his belt as a director, he is best known for his stunt work in a wide range of titles from Lincoln to The Amazing Spider-Man 2 to Total Recall, the original Total Recall, and a crap ton more.

Also coming to the Savage Dog party is Juju Chan, who, if you’re not familiar with, you should start getting acquainted. Her biggest role to date was in Netflix’s Crouching Tiger, Hidden Dragon: Sword of Destiny, but the New York-born actress is also a Muay Thai champ, Tae Kwon Do black belt, and has been making a name for herself in Hong Kong as the next great female action star, which sounds promising. And she’s proficient in double nunchakus. That never hurts.

Check out the sales art for Savage Dog from Cannes. 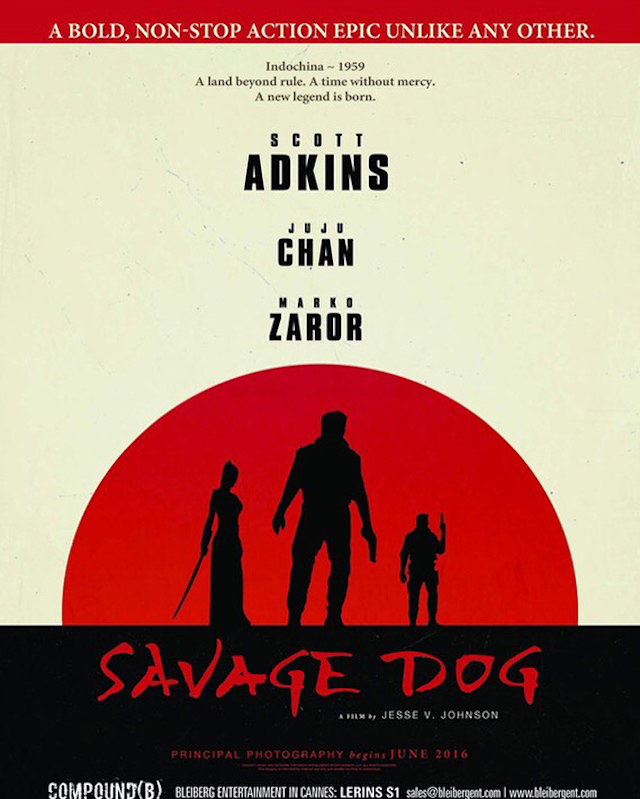 There’s that tagline: “A Bold, Non-Stop Action Epic Unlike Any Other.” I like the sound of that.

The poster also indicates that the film is set in Indochina in 1959. While that doesn’t reveal any specifics, it could provide some hints. Given that the region is home to countries like Vietnam, Cambodia, Laos, Thailand, and Myanmar, that may give us a few clues. Also, 1959 was when things started getting hectic in the area leading up to the Vietnam War. It’s entirely possible that could come into play in some capacity.

While this doesn’t deliver a ton of concrete information, it does offer up a slew of intriguing possible directions. But mostly Scott Adkins, Marko Zaror, and Juju Chan. That’s all you needed to tell me about Savage Dog. If that’s not enough for you, I don’t even know why we’re still friends.
Posted by Brent McKnight at 3:01 PM